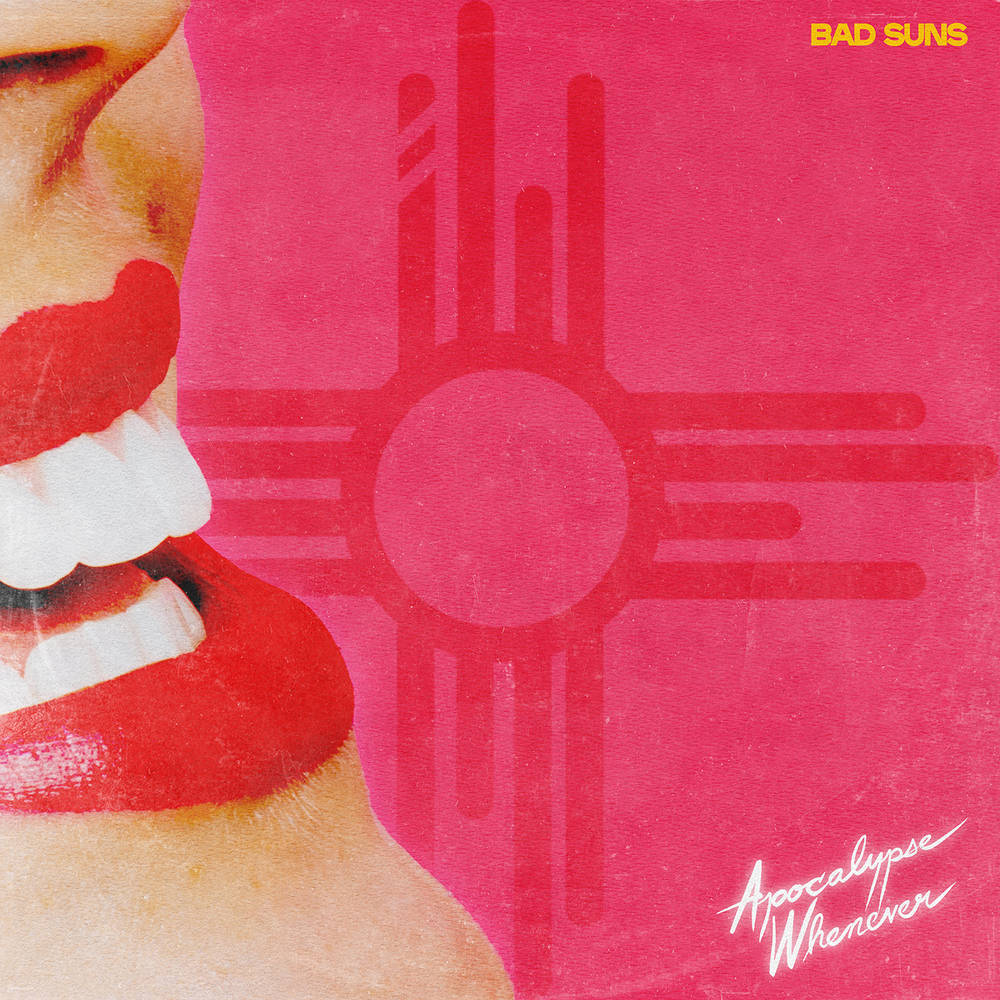 Bad Suns sound - dreamy '80s pastiche flanked by Stratocasters through cranked Vox amps, pulsing synths, and palpable rhythmic energy - that endeared listeners to the band in the first place, and their fourth LP, APOCALYPSE WHENEVER, uses that musical foundation as the jumping-off point for their next evolution. Conceived as "the soundtrack to a movie that doesn't yet exist," the 13-track album, helmed by longtime producer Eric Palmquist (MUTEMATH, Thrice) at his Palmquist Studios and the band's North Hollywood rehearsal spot, is more conceptually rigorous than anything they've ever attempted - but no less compelling or accessible. "We also knew we wanted the album to have a through-line, a story from beginning to end," frontman Christo Bowman explains, so the band did what any good directors would: They assembled a mood board, filtering their neo-noir version of Los Angeles through the dreamlike haziness of author Haruki Murakami, the futuristic flair of Terminator 2: Judgment Day and Blade Runner, and the lifted cinematography of Spike Jonze's HER. These disparate influences don't just offer APOCALYPSE WHENEVER an expanded palette of sonic choices to color Bad Sun's airtight hooks - they help give the songs an emotional complexity that works on a multitude of levels depending on how listeners choose to receive them.