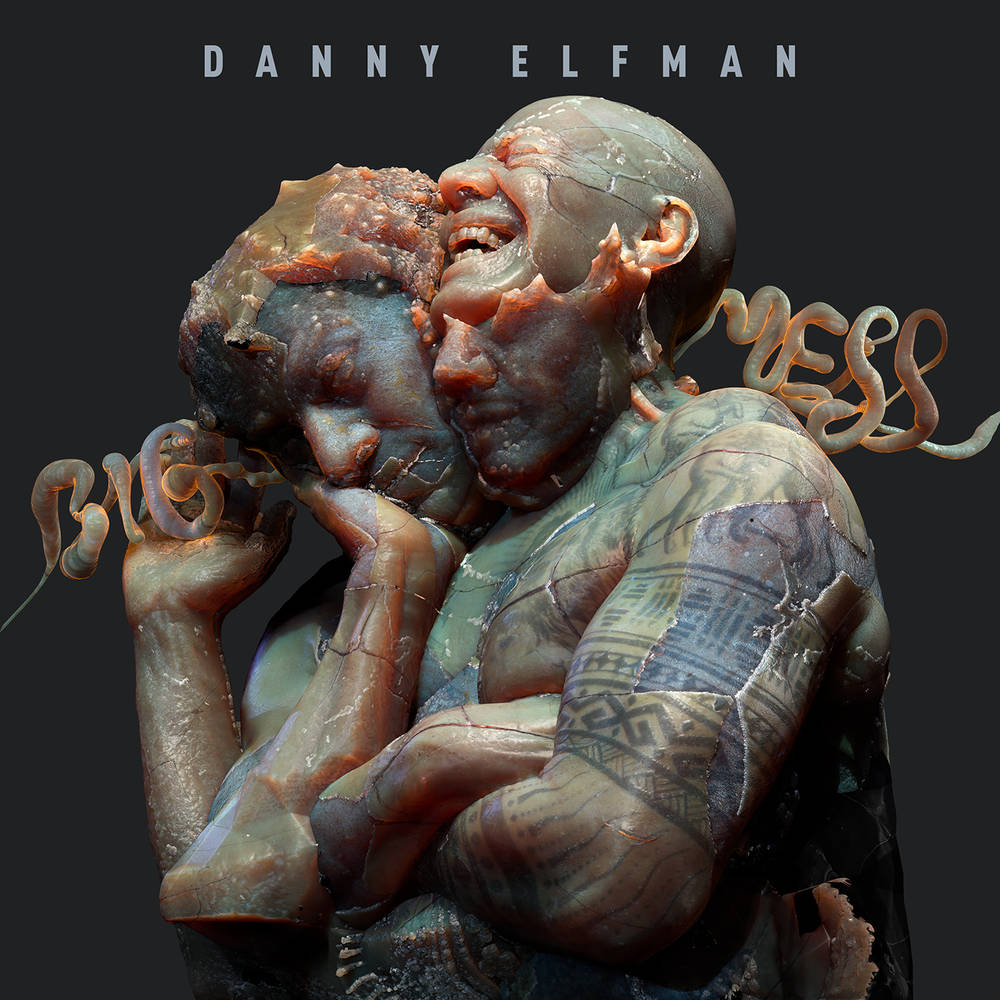 Big Mess marks Elfman’s first solo collection in more than thirty years, but it’s no return to form. Clocking in at 18 tracks, the sprawling, ambitious double album finds the Grammy and Emmy Award-winning composer breaking bold new ground as both a writer and a performer, drawing on a dystopian palette of distorted electric guitars, industrial synthesizers and orchestra in an effort to exorcise the demons brought about by four years of creeping fascism and civil rot.
The songs here call to mind everything from Nine Inch Nails, to David Bowie to XTC at times, balancing dense, harmonically complex arrangements with biting, acerbic wit as they reckon with the chaos and confusion of the modern world. Elfman wrote almost all of the record during quarantine, and while the anger, frustration, and isolation of it all is palpable in his delivery, Big Mess is about more than simply blowing off steam. In making the space to truly sit with his emotions and write without limitations, Elfman achieved a kind of artistic liberation on the record that had been eluding him for decades, rediscovering his voice and reinventing himself all at once in the process.
Born and raised in southern California, Elfman began his career as part of a surrealist, avant-garde musical theater troupe known as The Mystic Knights of Oingo Boingo. The group would eventually morph into the critically acclaimed rock band Oingo Boingo, whose high-energy performances and genre-bending sound garnered them a fanatically devoted cult following in the 1980s and ’90s. Among the group’s early fans was fledgling director Tim Burton and Paul Reubens (aka Pee-wee Herman), who enlisted Elfman to score their first feature film, Pee-wee’s Big Adventure. The collaboration would prove to be the start of a long and fruitful partnership for Elfman and Burton, with Elfman going on to score a string of iconic Burton features like Batman, Beetlejuice, Big Fish, Edward Scissorhands, and The Nightmare Before Christmas. To date, Elfman has scored more than 100 films.