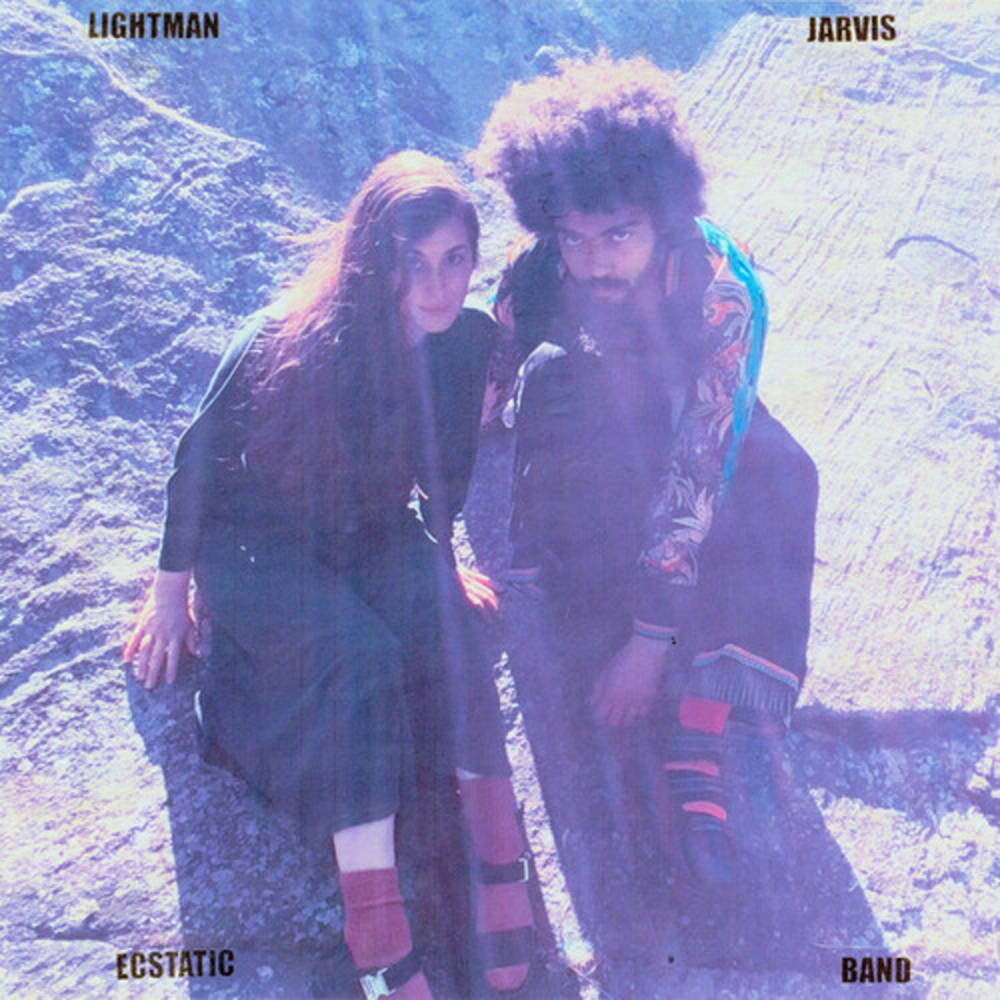 Yves Jarvis and Romy Lightman are a pair of idiosyncratic and restlessly creative artists. In the past decade, Jarvis’s ever-expanding swatch have earned international acclaim, while Lightman’s twin-sister-led band Tasseomancy has transfixed listeners since the late 2000s. The Lightman Jarvis Ecstatic Band marks the duo’s first collaboration, slingshotting both musicians out of their comfort zones into spellbinding territories of lysergic folk and impressionistic rock.

Banned was recorded in the tranquil environment of the Tree Museum, an outdoor art gallery in rural Ontario, Canada, hosting residencies for contemporary sculptors over the past 20 years. The pair credit its 200 acres of natural spaces intermingling with human-made creations as the fuel for their unfettered process. Recorded over two weeks in a free-flowing stream of improvisation, the album finds Lightman on synthesizer with Jarvis on drums and guitar, as their voices weave together into an electrified pastoral tapestry.

For both musicians, the creation offered a chance to challenge themselves: Jarvis defying his solitary practice to record with another person, while open jams provided Lightman an alternative to her preference for thoroughly composed songwriting. “This album is a loose manifesto in our shared vision for a way of being,” says Lightman. “It’s about our relationship and the dynamics in that. There’s an epicness to it and tension at times. It’s like the ways particles collide. There’s an alchemical aspect to it with these base components slamming together.”