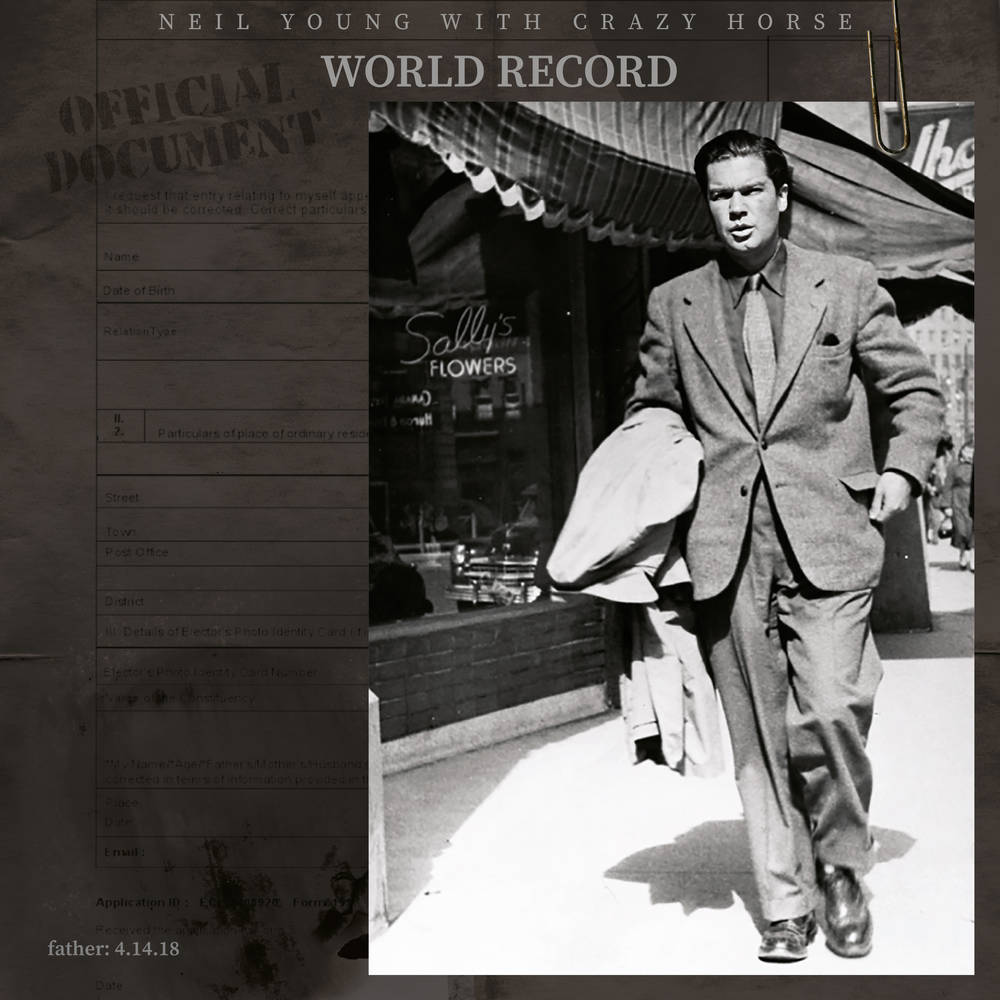 Neil Young with Crazy Horse will release World Record on November 18, 2022. It's their second album of new studio recordings within the past 12 months.á

World Record is produced by Rick Rubin and Neil Young, and Neil is accompanied by his longtime band, Crazy Horse (Billy Talbot, Ralph Molina, Nils Lofgren). The album features 10 new Neil Young compositions (plus a short reprise of one song) and was mixed to analog tape at Rubinĺs Shangri-la studios using a selection of vintage instruments and equipment.á

To optimize the audio quality, the vinyl format will be released as a 3-sided double album with an etching on side 4. There will also be a limited-edition version of the album pressed on clear vinyl available at indie retailers. 'World Record' will also be released on CD (2 CDs mirroring the track sequence of the double LP) and cassette.á

World Record contains ten songs, nine written during the last year about the events and condition of our world.