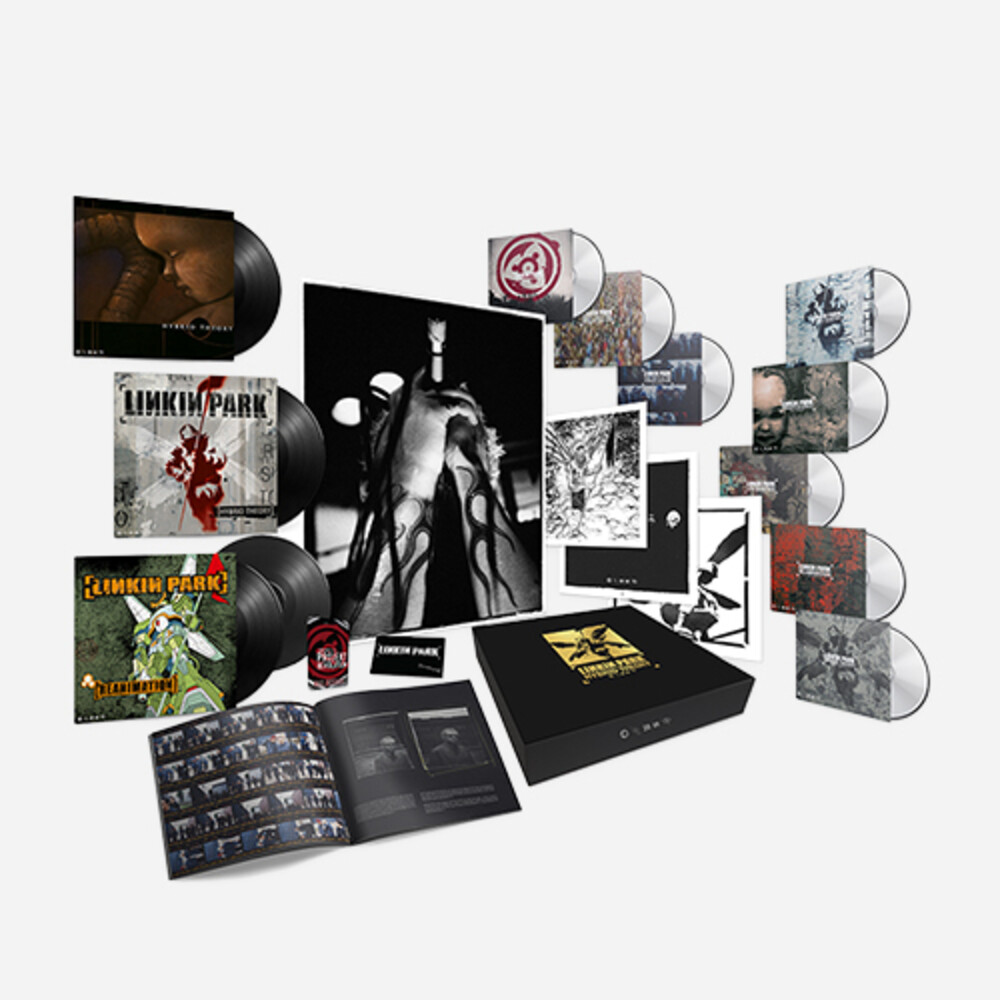 5 CDs
1. Hybrid Theory - Original album
2. Reanimation - Original album
3. B-Side Rarities – 12 Previously released tracks from the period of the album release
4. LPU Rarities – 18 Tracks previously released/circulated via the LP fan club
5. Forgotten Demos – 12 tracks. Never officially released before.
3 DVDs
§ DVD 1.
“FRAT PARTY AT THE PANKAKE FESTIVAL” (direct replica of original release)
§ DVD 2.
“PROJEKT REVOLUTION 2002” (unseen live show from Las Vegas/San Diego 2002) + “The Sequel to Frat Party at the Pankake Festival (backstage / behind the scenes footage, etc)
1 With You
2 Runaway
3 Papercut
4 Points of Authority
5 Step Up
6 Pushing Me Away
7 In the End
8 A Place for My Head
9 Forgotten
10 It’s Goin’ Down
11 Crawling
12 My December
13 Joe Hahn Solo
14 By Myself
15 My Own Summer
16 One Step Closer

· “THE SEQUEL TO THE DVD WITH THE WORST NAME WE’VE EVER COME UP WITH” (Sequel to Frat Party at the Pankake Festival DVD – w backstage/ casual footage of band, includes previously unseen band interviews)
§ DVD 3: (Two live concerts)
“THE FILLMORE 2001” (San Francisco)
1 With You
2 Runaway
3 Papercut
4 By Myself
5 Points of Authority
6 High Voltage
7 Crawling
8 Pushing Me Away
9 And One
10 In the End
11 A Place for My Head
12 Forgotten
13 One Step Closer