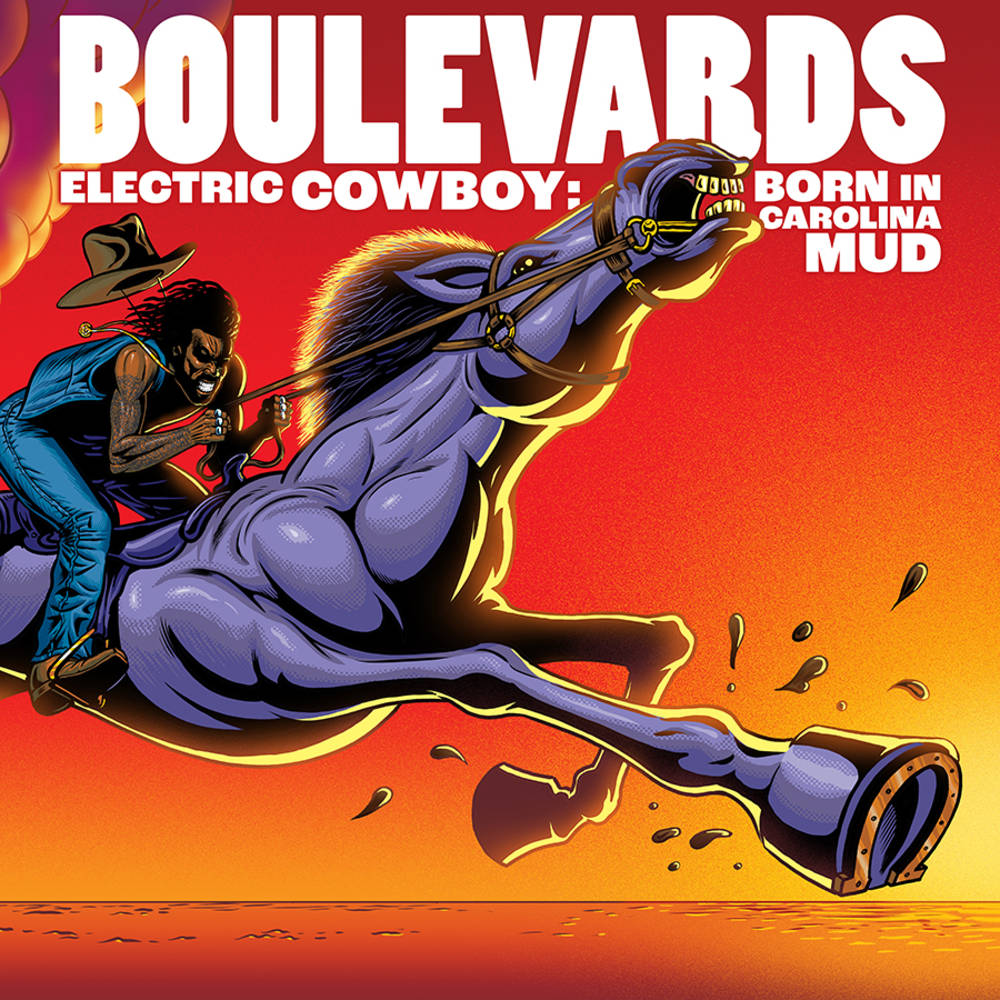 ôI was born in the North Carolina mud,ö says Jamil Rashad, better known as Boulevards, one of the most idiosyncratic artists making music in the Tarheel State. His fourth album, Electric Cowboy: Born in Carolina Mud, is caked in the soil where he grew up, mired in the muck of this placeŚnot stuck but freed. Grounded in personal experience and haunted by personal demons, Electric Cowboy is an album that reaches out, that embraces the world, that mixes the confessional and the communal. But the dominant soundŚthe dominant mindsetŚis funk: gritty, warm, weird, charismatic. Rashad once again composed and recorded with Blake Rhein, guitarist for Durand Jones & the Indications, after they had worked so well together on 2020ĺs Brother! EP. They corralled an all-star team that included Adrian Quesada from the Grammy-nominated neo-soul act Black Pumas and Colin Croom from the Chicago indie-rock outfit Twin Peaks.


ôOn Electric Cowboy I wanted to make some modern funk that the kids would enjoy, but still have some soul elements and some punk elements. On the cover you see a black man on a horse running away from his demons. Thatĺs me. You can hear it all in the songs ľ struggling with demons and still coming out on top of it all. Thatĺs what funk is! You got some heavy, dark shit, but you also got some joyful compositions, funky basslines, dope harmonies, infectious hooks. So thatĺs me on the cover, the Electric Cowboy, slaying anything that comes in my path. I gotta keep riding, keep trucking, keep fighting, keep pushing.ö