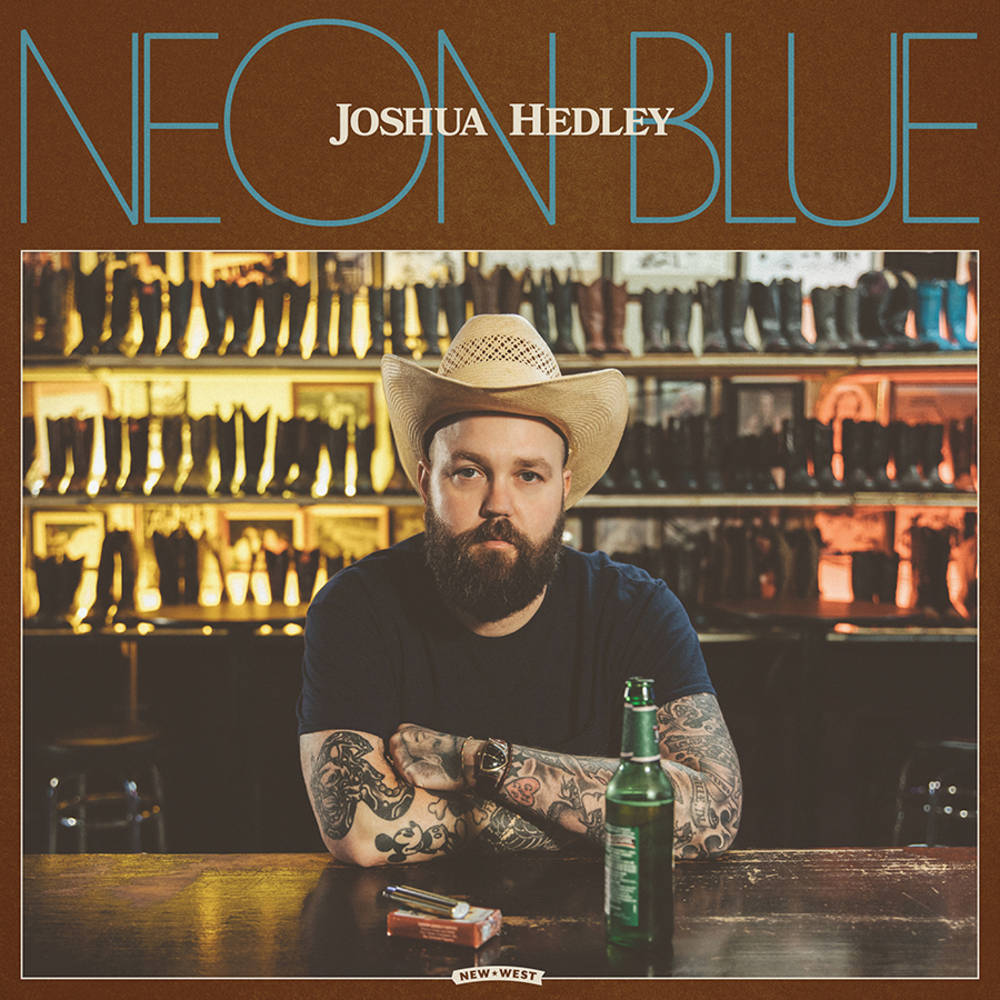 Hedley's got tenure at Robert’s, playing hours long sets full of his own songs and country classics, and he hates to miss a show. In 2018, when he opened for Jack White at Bridgestone Arena (the largest venue in town), the next night he was back at Robert’s playing to a boot-scooting audience. In honor of this truly unique oasis, an extremely limited, Nashville-only version of the vinyl edition will be pressed on “Robert’s Fried Bologna” color vinyl (in tribute to the late night sandwich favorite being served up to Robert’s patrons nightly).


Joshua Hedley is “a singing professor of country & western,” he declares on his raucous and witty new album, Neon Blue. It might sound like a punchline, but it’s not. An ace fiddle player, a sharp guitarist, and a singer with a granite twang, he’s devoted his entire life to the study of this genre. Ask him about it and he’ll explain: “When all my friends went off to college, I went to Nashville. I was 19 years old playing honkytonks and getting an education.” His 2018 debut, Mr. Jukebox, showcased his deep knowledge of country’s history, in particular the beery ballads of the 1950s and ‘60s. His mentors were George Jones, Ray Price, and Glen Campbell, but his most remarkable accomplishment was putting his own spin on their style.

Neon Blue, on the other hand, examines a very different, often forsaken era: the early 1990s. “The last bastion of country music,” says the professor, “was the early 1990s, roughly 1989 and 1996. You could turn on the radio and immediately know you’re hearing a country song. You could still hear steel guitar and fiddle. But there was a hard fork around 1996 or ’97, when country veered off into pop territory. Neon Blue asks, What if that fork had never happened? What if country kept on sounding like country?”

That era may have been dismissed by traditionalists at the time as slick or overproduced, but Hedley finds something exciting in that old hat-act sound, and Neon Blue plays up the excitement of bigger-than-life choruses, the relatable emotions of those sad-eyed ballads, and the inventiveness of the lively production. “The sound is modern,” he says, “but it’s still discernibly country.”