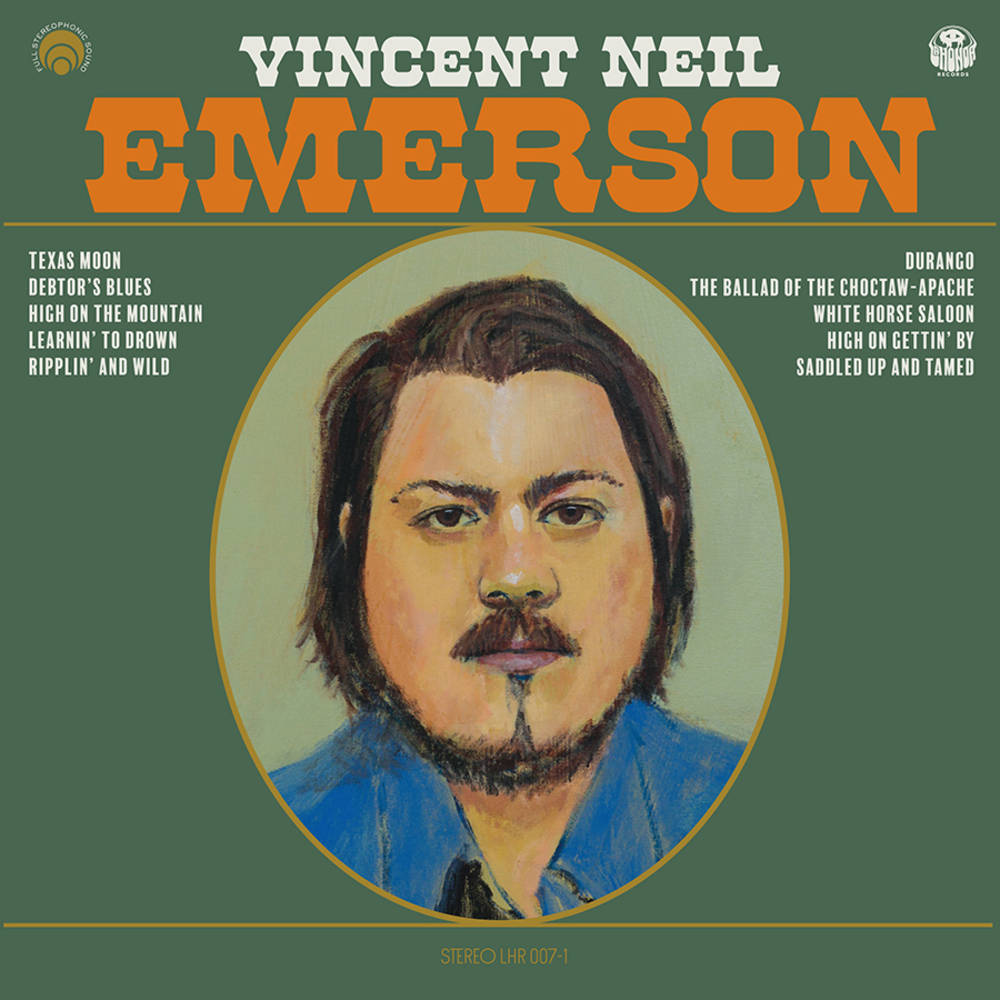 Vincent Neil Emerson is a torchbearer of the Texas songwriter tradition. He channels the straightforward truth-telling and resonance of his songwriting heroes in Townes Van Zandt, Guy Clark, and Steve Earle into something fresh and distinctly his own. Where his 2019 debut Fried Chicken and Evil Women proved that he is one of the most reverent students of country and Western musical traditions, his follow-up LP, the masterful Rodney Crowell-produced Vincent Neil Emerson, which is out June 25 via La Honda Records/Thirty Tigers, is a brave step forward that solidifies his place as one of music's most compelling and emotionally clarifying storytellers. His songs are cathartic and bluntly honest, never mincing words or dancing around uncomfortable truths.
Raised in Van Zandt County in East Texas by a single mother of Choctaw-Apache descent, Emerson's world changed when he first heard Townes Van Zandt's music. "To hear a guy from Fort Worth say those kinds of things and make those songs was pretty eye opening," the now 29-year-old songwriter says. "I had never heard songwriting like that before." He's spent the better part of the past decade honing his songwriting and performance chops playing bars, honky-tonks, and BBQ joints across the Fort Worth area. His first album Fried Chicken and Evil Women, which he wrote in his mid-twenties and came out on La Honda RecordsŚthe label he co-founded that now includes a roster of Colter Wall, Local Honeys, and Riddy ArmanŚis a snapshot of his growth as a songwriter and stage-tested charm with songs like "Willie Nelson's Wall" and "25 and Wastin' Time" expertly combining humor and tragedy.á
These marathon gigs and the undeniable songs on his debut introduced Emerson to Canadian songwriter Colter Wall, who quickly became a close friend and took him on tour. With Wall's audience, and sold out theater shows on runs with Charley Crockett, Turnpike Troubadours, and many others, Emerson found his niche. "It took a guy from Canada bringing me on tour for people to actually start paying attention," says Emerson. "Before that it was a grind like anything else, just trying to make a living." Crockett is another staunch early supporter of Emerson's and covered Fried Chicken highlight "7 Come 11" on his 2019 LP The Valley.
Like every working musician, 2020 pulled the rug out from under Emerson. With the pandemic shuttering live music venues and cancelling promising tours, he processed the upheaval the only way he knew how: by writing his ass off. His intense and productive writing sessions produced ten finished songs over the course of just a couple of months, a body of work so personal that he knew he would have to name the final product Vincent Neil Emerson. These demos caught the attention of Texas country and folk icon Rodney Crowell, who signed on to produce and record the LP. "Rodney is a hero of mine," says Emerson. "He wanted to make something that serves the songs, as opposed to making a record trying to put focus on production or the playing. It was an honor to work with him." Crowell had similar high praise for Emerson: "if he grows on the public the way heĺs grown on me, itĺs possible young Vincent will plant the flag of his [songwriting] forebears firmly in the consciousness of a whole new generation." At the studio, Emerson tracked the songs with a crack team of session players put together by Crowell. "Because of them, we were able to get those songs in one take," he says.