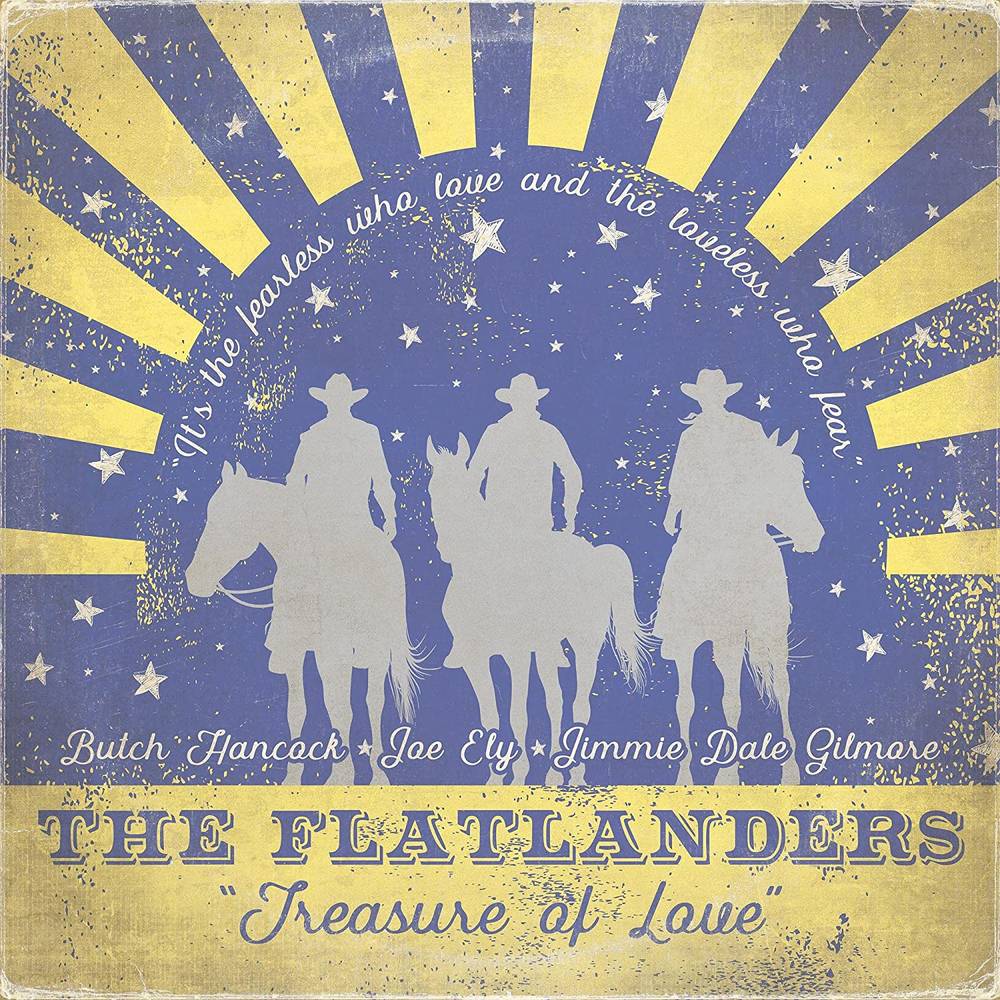 Almost 50 years after the sessions that would make them an “accidental Texas supergroup” (Rolling Stone), The Flatlanders have returned with Treasure of Love, their first new album in more than a decade. Completed during COVID-19 lockdowns with the help of longtime friend and collaborator Lloyd Maines, the record finds the iconic trio of Joe Ely, Jimmie Dale Gilmore, and Butch Hancock in classic form, serving up a rollicking collection of twang-fueled, harmony-laden performances full of wry humor and raw heartbreak. While a few songs here are never-before-heard originals, the vast majority of the tracklist consists of tunes the band picked up during their half-century together, some stretching as far back as the group’s earliest performances in the honkytonks around Lubbock, TX, where you might have spotted Willie Nelson or Townes Van Zandt in the audience.

Largely ignored by press and radio, the initial incarnation of The Flatlanders lasted only a few years before disbanding in 1973. In the decades to come, however, Ely, Gilmore, and Hancock would all go on to considerable success as solo artists, and with the 1990 reissue of their long lost debut, The Flatlanders finally received their due. Critics hailed them as visionaries and craftsmen of the highest caliber (The New York Times dubbed their first LP a “founding document of the alternative country movement”), and the trio would spend the next 30 years collaborating and touring on and off again to widespread acclaim.