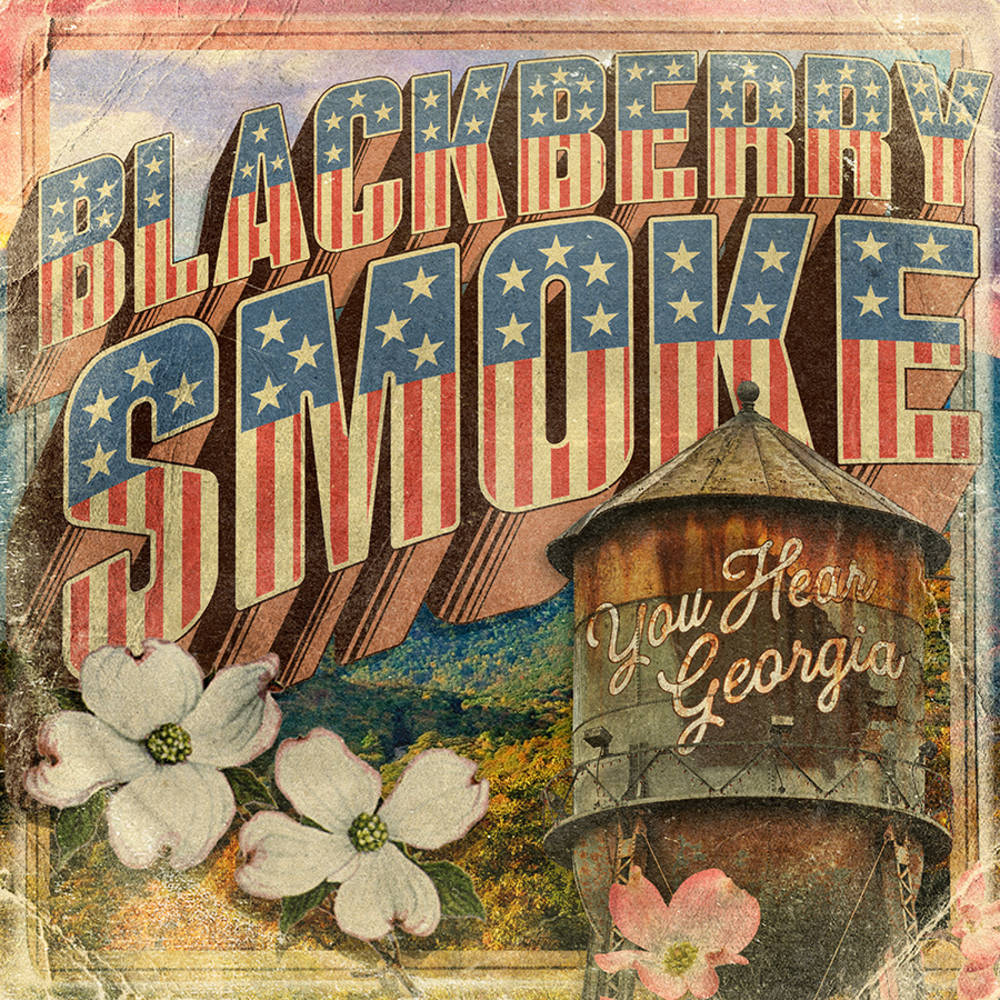 Throughout their career, Blackberry Smoke has embodied Georgiaĺs rich musical legacy, honoring the people, places and sounds of their home state. As the band celebrates their 20th anniversary this year, their reverence for Georgia has only deepened.

On their latest album, You Hear Georgia, the follow-up to 2018ĺs critically acclaimed Find a Light, Blackberry Smoke is further celebrating these roots with 10 new songs that feel like Georgia, accented by the addition of Grammy-winning producer and fellow Georgia-native, Dave Cobb (Jason Isbell, Brandi Carlile). ôDave and I had spoken for the last few years about making a record,ö Starr says. ôFinally, it worked out, our schedule and his schedule, and we said, yesŚletĺs make a record.ö

The title song, ôYou Hear Georgiaö features a narrator whoĺs underestimated because of outward appearances and misguided stereotypes, which is a theme of Starrĺs lyrics this time around, particularly as it relates to the bandĺs Southern roots. ôLyrically, the song is about the South being misunderstood. Itĺs obviously a rough and tumble world, and thereĺs a lot of bad people. But thereĺs a lot of good people too. It started with the idea of how people might have a preconceived opinion of you because of a thick Southern accent, then expanded into the reality of how some people just seem to have such a hard time getting along, thanks to political or religious views, or simply what part of the country you come from.ö

Many of You Hear Georgiaĺs songs describe characters that are restless and prone to seeking out a change of scenery, in hopes of finding a place where they belong. Against cinematic backdrops with vivid details, itĺs easy to empathize with these protagonists as they share pearls of wisdom (ôDonĺt ever trust a grown man with a nicknameö) and exhibit deep self-awareness (ôAnywhereĺs better than staying here, with the ghosts running thru his mindö) along the way.

You Hear Georgia reinforces that the band members have come so far together because they also can rely on one another for support and creative direction, no matter what the circumstances.