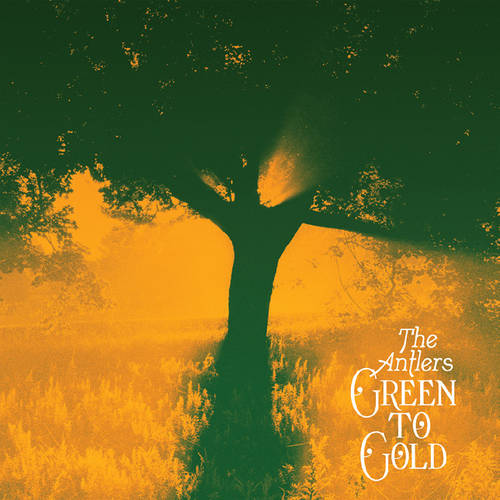 Green to Gold is the much-anticipated new album from New York based, Indie/Folk band, The Antlers. Perhaps what distinguishes Green to Gold from the rest of The Antlers’ canon is its, well, sunniness. Conceived and written almost entirely in the morning hours, Green to Gold is the band’s first new music in nearly seven years, and easily their most luminous to date. ”I think this is the first album I’ve made that has no eeriness in it,” singer and primary songwriter Peter Silberman asserts. “I set out to make Sunday morning music.”

The brighter outlook emerged, paradoxically, after a succession of ominous events. In 2015, Silberman suffered with an auditory condition that made touring near impossible and he retreated to the quiet of Upstate New York to heal. His return in 2017 with a solo album was short lived when he was diagnosed with lesions on his vocal chords, which required surgery and again a quiet rest and recovery period. Silberman explains. “I took these health obstacles as a sign that I should change course for a little while. I hadn’t made a full stop like that since The Antlers began.”

But he still felt the strong pull to spend time and work with longtime drummer Michael Lerner, and frequently invited him up to visit the idyllic hamlet he now called home. The two friends’ days typically involved long walks in the woods, but routinely ended up in Silberman’s converted-garage studio. “I would record him playing drums in the studio while he listened to old soul and R&B songs in headphones... and those drum recordings ultimately served as starting points for the songs that followed. At the time, we were merely attempting to make music together again, without really knowing how to approach it, or to what end.”

“I think the shift in tone is the result of getting older. It doesn’t make sense for me to try to tap into the same energy that I did ten or fifteen years ago, because I continue to grow as a person, as I’m sure our audience does too. Green to Gold is about this idea of gradual change,” he sums up. “People changing over time, struggling to accept change in those they love, and struggling to change themselves. And yet despite all our difficulty with this, nature somehow makes it look easy.” 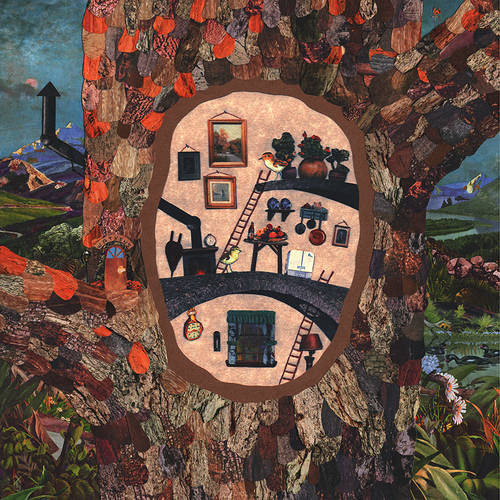 For two decades, Sara Watkins has been one of the most visible artists in roots music, with her catalog ranging from solo albums and Watkins Family Hour, a duo with her brother Sean Watkins, to her Grammy-winning bands Nickel Creek and I’m With Her.

With the nostalgic and gentle new album Under the Pepper Tree, Sara Watkins offers a comforting record for those moments as daily rhythms fade into nightly rituals – and when a child’s imagination comes to life.

Made with families in mind, the personal project encompasses songs she embraced as a child herself, as well as the musical friendships she’s made along the way. Recorded in Los Angeles with producer Tyler Chester, Under the Pepper Tree brings storytelling, solace, and encouragement to the listener, no matter the age. 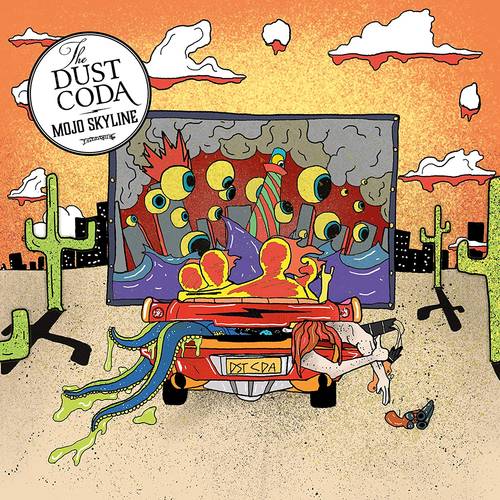 Championed by Sir Elton John on Apple Music Beats 1. From the label that is pioneering the new wave of 21 st century Rock N Roll artists. Following in the footsteps of bands like Rival Sons, The Temperance Movement, Blackberry Smoke, Massive Wagons & Those Damn Crows. Developed a fearsome live reputation with relentless touring up and down the UK. Played festivals such as Ramblin' Man Fair, Planet Rockstock & Winter's End. Chosen for the support slots with the likes of Black Stone Cherry * The Dead Daisies Huge support from major UK Rock media such as Classic Rock Magazine and Planet Rock Radio (1.2 million listeners per week) 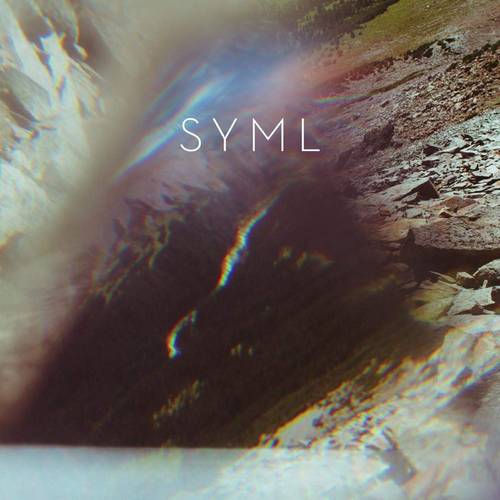 You Knew It Was Me EP [Limited Edition Mint Green LP]

With a keen grasp on textural and emotive songwriting, SYML aka Brian Fennell wrote this EP choosing to paint in piano rather than using lyrics to describe his feelings. Says Fennell, "Words can be limiting, especially when the writer isn’t speaking a language you understand. I wanted to make a piece of wordless music that still tells a story." 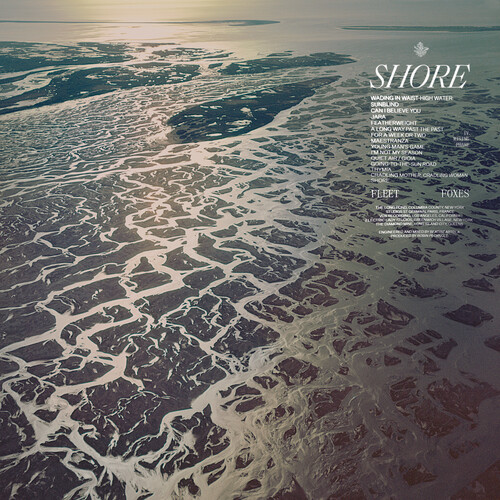 Fleet Foxes will release their fourth studio album entitled SHORE, a collection of 15 new songs, on February 5, 2021 on double-gatefold 2LP vinyl and CD.

Fleet Foxes’ Robin Pecknold shares, “SHORE feels like a relief, like you’d feel when your feet finally hit sand after getting caught in a riptide. It’s a celebration of life in the face of death, honoring our lost musical heroes, from David Berman to John Prine to Judee Sill to Bill Withers, embracing the joy and solace they brought to our lives and honoring their memory. SHORE is an object levitating between the magnetic fields of the past and the future.”

SHORE was released digitally in its entirety on the fall equinox (9/22) alongside an album length Super-16mm landscape film captured and edited in Washington State by the filmmaker Kersti Jan Werdal. The album was recorded in upstate New York at Aaron Dessner’s Long Pond Studio, in Paris at Studios St. Germain, in Los Angeles at the legendary Vox, in Long Island City at Diamond Mine, and New York City’s Electric Lady.

Fleet Foxes' self-titled debut made a profound impact on the international musical landscape, earning them Uncut's first ever Music Award Prize and a spot in Rolling Stone's 100 Best Albums of the 2000’s. The follow-up album Helplessness Blues was met with the same critical praise as its predecessor (MOJO ★★★★★, Pitchfork’s Best New Music) and earned them a GRAMMY nomination. Both Fleet Foxes and Helplessness Blues are certified Gold in the US. The band’s third studio album Crack-Up, released in 2017, charted #9 on the Billboard Top 200. 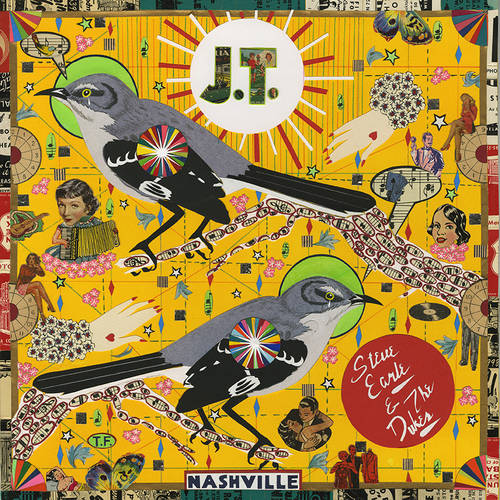 Justin's father, Steve Earle, pays tribute to his son by recording an album of songs written by Justin titled, J.T.  The album consists of ten Justin Townes Earle songs as well as one song written by Mr. Earle shortly after Justin's passing. J.T. features fan favorites such as "Harlem River Blues," "Far Away In Another Town" and "Champagne Corolla" along with lyrically heavy songs like, "The Saint of Lost Causes" and "Turn Out My Lights."

J.T. is a loving tribute to a loved son and beautiful songsmith who left this earth too early.  But in his wake, Justin left a wealth of beauty.  All proceeds from this release will be put into a trust for Justin’s 3 year old daughter, Etta.

WE ARE is a career-changing album from musician and activist Jon Batiste. WE ARE celebrates Black American culture and music while exploring themes of lineage, authenticity, excellence and evolution. This album is about honoring roots and traditions, while looking forward to the future and constantly evolving. Featuring Mavis Staples, Zadie Smith, PJ Morton, Trombone Shorty, Kizzo, Autumn Rowe, Steve Jordan, and many more... 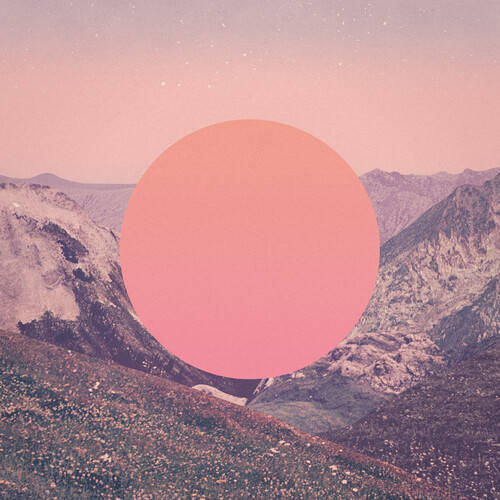 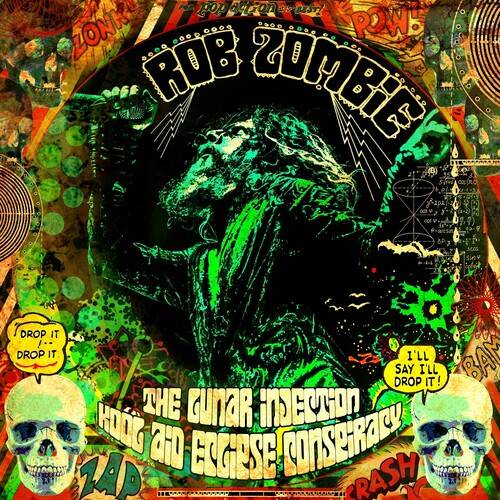 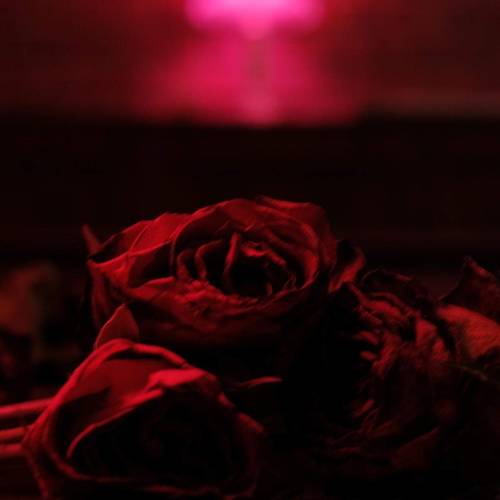 'Roses' is the 5th studio album from The Paper Kites. An alluring, dynamic and diverse company, the ‘Roses’ vocalists were hand picked by the band to feature on the new album. Along with Lucy Rose the band have confirmed Julia Stone (AU), Nadia Reid (NZ), Maro (PT), Aoife O’Donovan (US), Rosie Carney (UK), Ainslie Wills (AU), Amanda Bergman (SE), Lydia Cole (NZ) & Gena Rose Bruce (AU) will all be featured on the 10 track album. ‘Roses’ is a testament to sincere, patient and understated songwriting. A deeply moving collection of songs, helmed by a cherished selection of artists. 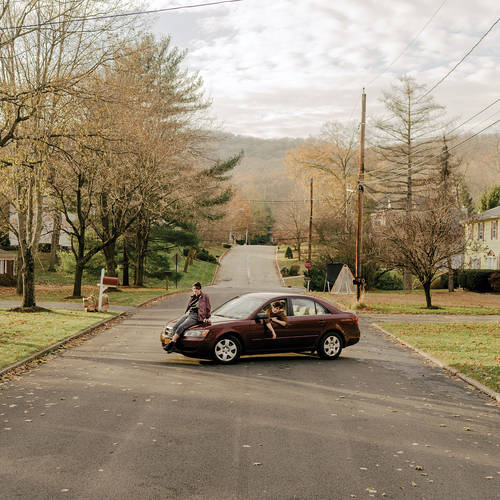 Adult Mom began as the solo project of Stevie Knipe in a Purchase College dorm room in 2012, and now falls between the playful spectrum of solo project and collaborative band with beloved friends and musicians Olivia Battell and Allegra Eidinger.

On Driver, Adult Mom’s third studio release, Stevie Knipe delves into the emotional space just beyond a coming-of-age, where the bills start to pile up and memories of college dorms are closer than those of high school parking lots. Like so many other twenty-somethings, Adult Mom’s third LP seeks to answer the age old question: what now?

With an actualized sound, Adult Mom has arrived to soundtrack the queer rom-com they’ve been dreaming of since 2015. Driver incorporates an expert weaving of sonic textures ranging from synths and shakers to ‘00s-inspired guitar tones which convey a loving attention to detail.