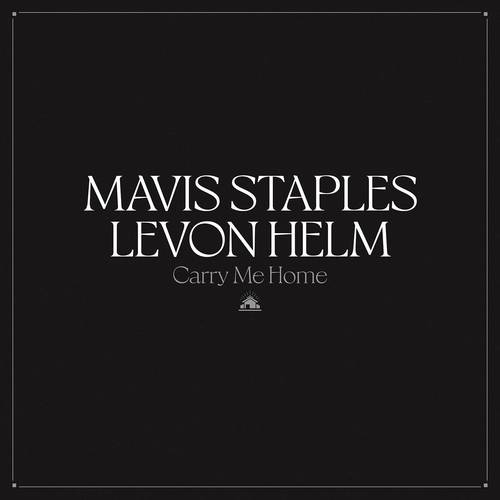 CD: $14.98 UNAVAILABLE
Video
Iconic singer Mavis Staples is an alchemist of American music, and during her 70+ year career one of her most beloved musical moments was her riveting performance in Martin Scorsese's film' The Last Waltz,' performing "The Weight", with The Band, a moment that forged a life-long friendship between her and Levon Helm. Staples came to Woodstock, NY to perform as part of Helm's renowned Midnight Ramble series, and the ensuing concert-available now for the first time on the rousing new ANTI- Records release 'Carry Me Home'-would mark a personal high watermark for both artists. Captured live in the summer of 2011, 'Carry Me Home' showcases two of the past century's most iconic voices coming together in love and joy, tracing their shared roots and celebrating the enduring power of faith and music. The setlist was righteous that night, mixing vintage gospel and soul with timeless folk and blues, and the performances were loose and playful, fueled by an ecstatic atmosphere that was equal parts family reunion and tent revival. Read between the lines, though, and there's an even more poignant story at play here. Neither Staples nor Helm knew that this would be their last performance together-the collection marks one of Helm's final recordings before his death-and listening back now, a little more than a decade later, tunes like "This May Be The Last Time" and "Farther Along" take on new, bittersweet meaning. The result is an album that's at once a time capsule and a memorial, a blissful homecoming and a fond farewell, a once-in-a-lifetime concert-and friendship-preserved for the ages. Staples and the night's soulful crew of backup singers handle the vast majority of the vocal work here, but it's perhaps album closer "The Weight," which features Helm chiming in with lead vocals for the first time, that stands as the concert's most emotional moment."It never crossed my mind that it might be the last time we'd see each other," says Staples. "He was so full of life and so happy that week. He was the same old Levon I'd always known, just a beautiful spirit inside and out." "My dad built The Midnight Rambles to restore his spirit, his voice, and his livelihood," says Helm's daughter, Amy, who sang backup vocals with her father and Staples at their performance. "He'd risen back up from all that had laid him down, and to have Mavis come sing and sanctify that stage was the ultimate triumph for him." 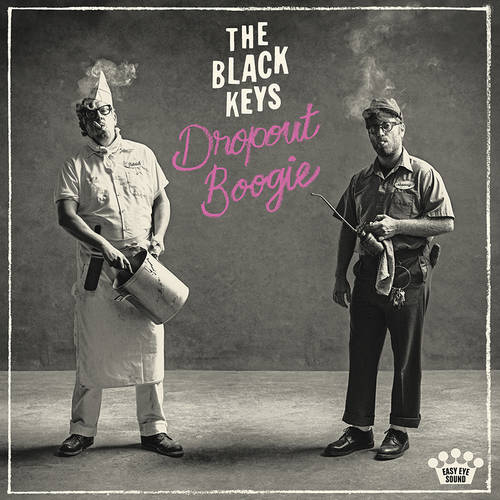 This is the indie exclusive White LP - limited to 4982 pieces.

As they've done their entire career, The Black Keys' Dan Auerbach and Patrick Carney wrote all of the material for their new album,Dropout Boogie, in the studio, and the album captures a number of first takes that hark back to the stripped-down blues rock of their early days making music together in Akron, Ohio, basements. After hashing out initial ideas at Auerbach's Easy Eye Sound studio in Nashville, the duo welcomed new collaborators Billy F. Gibbons, Greg Cartwright, and Angelo Petraglia to the sessions, marking the first time they've invited multiple new contributors to work simultaneously on one of their own albums. 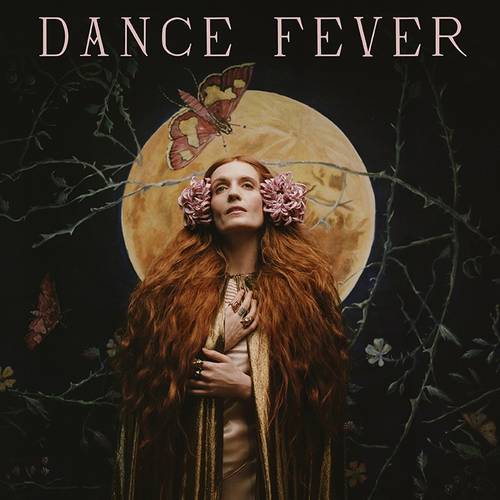 Florence + The Machine to release their fifth studio album, Dance Fever, on May 13, 2022. Written and produced through the haze of two lockdowns in London and NYC with producers Jack Antonoff and Glass Animals’ Dave Bayley. Dance Fever sees Florence at the peak of her powers, coming into a fully realized self-knowledge, poking sly fun at her own self-created persona, playing with ideas of identity, masculine and feminine, redemptive, celebratory, stepping into her place in the iconic pantheon. 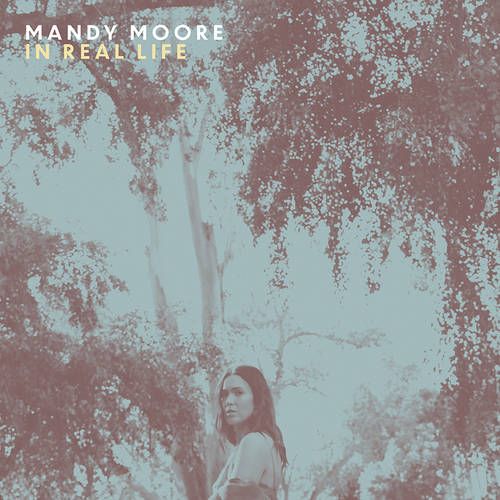 The latest album from the prolific singer-songwriter offers a unique window into life’s next chapters. 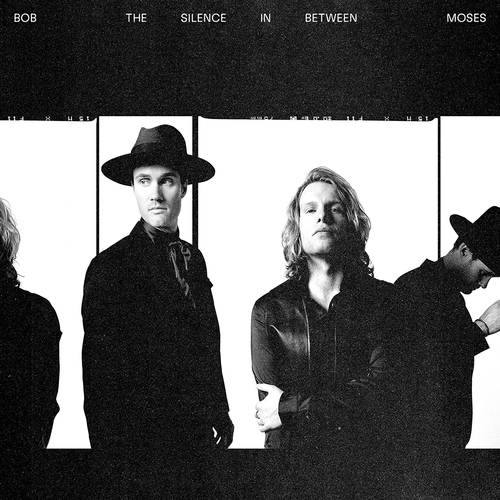 The Silence In Between [LP]

Grammy Award-winning duo Bob Moses release their highly anticipated third album, The Silence in Between. The Silence in Between marks the Los Angeles-based band’s first release since signing to Astralwerks in a unique global partnership with Domino Recording Co. Love Brand New is one of the most anthemic moments on The Silence in Between, “Love Brand New” finds Vancouver-bred musicians / producers Tom Howie and Jimmy Vallance tapping into their deep-rooted love for ’90s alt-rock and left-of-center dance music. Written with Michel Zitron and John Martin (a Swedish production duo known for their work with the likes of Avicii and Swedish House Mafia), the track encompasses a glorious collision of moody guitar tones, mercurial textures, and wildly propulsive beats as Bob Moses channel the dizzying euphoria of new romance.

As their boldest and most viscerally charged output to date, The Silence in Between amplifies the unbridled energy that’s made Bob Moses a repeat winner of Resident Advisor’s Best Live Act prize.

Bob Moses
The Silence In Between [LP]
Quick View 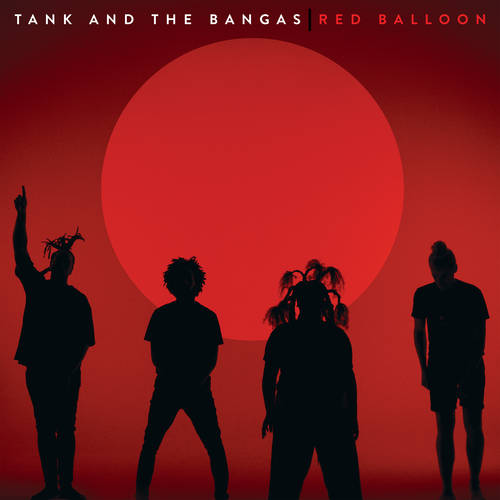 Tank and The Bangas

Vinyl: $18.98 UNAVAILABLE
Video
Best New Artist GRAMMY nominee and critically acclaimed band Tank and The Bangas return with their third studio album, Red Balloon. Red Balloon was born out of a pandemic-ordered break from the band’s rigorous touring schedule. The hiatus gave the band space to grow, allowing them to reunite as a more unified group. This new work pushes the band to a new level, shedding light on their unique observations and reflecting on the ills of America while also celebrating the beauty of Black life. 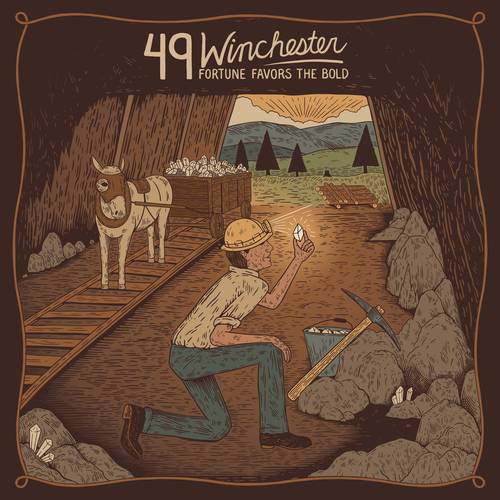 With its latest album, Fortune Favors The Bold, Russell County, Virginia-based 49 Winchesteris ready and roaring to break onto the national scene with its unique brand of tear-in-your-beer alt-country, sticky barroom floor rock-n-roll, and high-octane Appalachian folk.

Fortune Favors The Boldis not only a record that showcases the current state of 49 Winchester, it’s a melodic stake in the ground of how this group is constantly evolving and taking shape, sonically and lyrically. But, it’s also about looking into the rearview mirror with a genuine appreciation for where you came from and what you’re made of. Those salt-of-the-earth traits in your blood and character that define what it actually takes to climb that damn mountain of dreams. At its essence, Fortune Favors The Boldis about going against all odds to bring your art into fruition and into the world - come hell or high water. 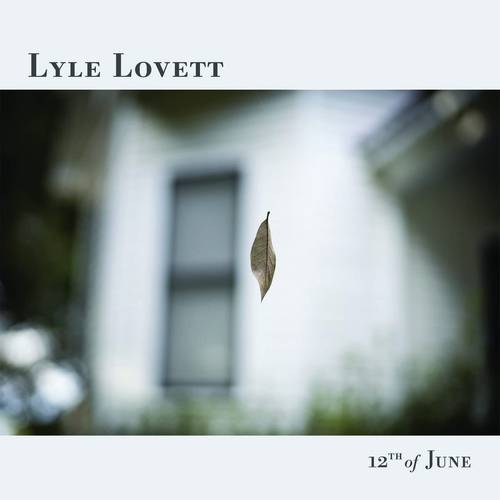 Lyle Lovett returns with his first new album in over 10 years,“12th of June”, due out on Verve Records May 13th, 2022. The album is a fantastic and eclectic collection of new original songs and beloved interpretations that will please existing fans as well as invite new ones. Immaculately recorded, it highlights the dynamics of Lyle and his Large Band– and their singular ability to shift from one genre to the next with uncanny grace and ability.  From beautiful acoustic ballads to swinging big band numbers, this record will remind listeners why Lyle is national musical treasure. 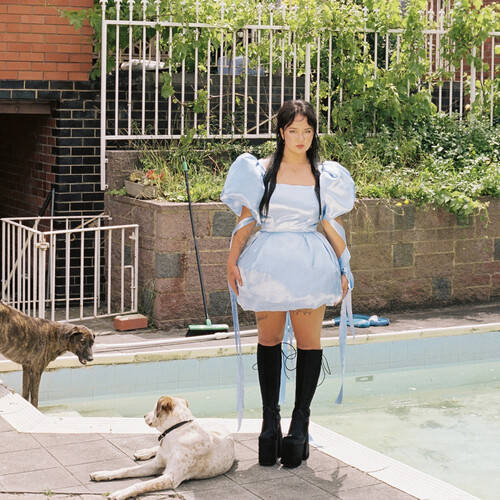 Available On Limited Edition [COLOR] Vinyl + CD Mallrat's prized pop songwriting has become a beacon the music industry eagerly follows, and on her debut album Butterfly Blue, she embodies the spirit of it's titular creature - but without the delicacy that keeps you at a distance. Over a dozen clever and open-hearted tracks, Mallrat - aka Grace Shaw - draws you in close and shows you the world through her wide, hopeful eyes. 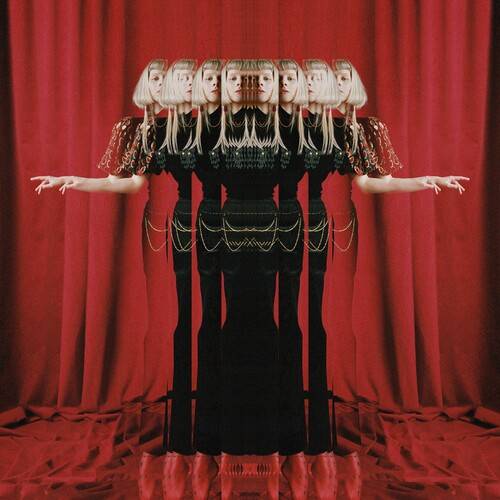 The Gods We Can Touch

CD: $13.98 UNAVAILABLE
Video
The Gods We Can Touch is an elegant and celestial but provocative album about shame, desire and morality, all seen through the narrative prism of Greek mythology. In each of the album's fifteen songs we meet a different god. Featuring lead single "Cure For Me," the album is ultimately "a celebration of being human, and what makes us human."

AURORA
The Gods We Can Touch